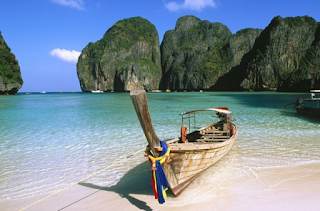 The Arabs called the area that later became Indonesia Jaza'ir al-Jawi (Java Island). Latin name for incense, benzoe, derived from the Arabic name luban ox ("Java incense"), because the Arab traders obtain frankincense from sumatrana Styrax tree trunk that used to only grow in Sumatra. To this day we are still pilgrims often called "Java" by the Arabs. Even though the Indonesian outer islands. In Arabic, also known Samathrah (Sumatra), Sholibis (Sulawesi), Sundah (Sunda), all of the island known as Jawi kulluh (all Java).

In the Dutch colonial era, the official name used is Nederlandsch-Indie (Dutch East Indies), while the Japanese occupation government from 1942 to 1945 using the term to-Indo (East Indies).

In the 1920s, Ernest Douwes Dekker Eugene Francois (1879-1950), known as Dr. Setiabudi (grandson of the brother Multatuli), introduces a name to. The name was none other than the archipelago, a term that has been submerged for centuries. Setiabudi took the name from Pararaton, codex Majapahit era found in Bali at the end of the 19th century and translated by JLA Brandes and published by Johannes Nicholaas Krom in 1920.

Understanding archipelago proposed Setiabudi much different from the definition archipelago Majapahit era. At the time of Majapahit, the archipelago is used to name the islands outside Java (between the Sanskrit meaning outside, opposite) as opposed Jawadwipa (Java). Palapa Oath of Gajah Mada written "SLamun huwus kalah nusantara, iSun amukti palapa" (If I have defeat the more islands, then I enjoyed to take rest).

By Dr. Setiabudi word connotes archipelago Majapahit era of ignorance was given a nationalistic sense. By taking the original Malay word between, the archipelago now has a new meaning of "homeland between two continents and two oceans", so that Java was included in the definition of the modern archipelago. The term archipelago of Setiabudi is rapidly becoming popular as an alternative use of the name of the Dutch East Indies.

To this day the term continues to be used to mention the archipelago of Indonesia. In 1847, Earl propose two options names: Indunesia or Malayunesia (nesos in Greek means island). but prefer to use Malayunesia. Then James Richardson Logan using Indunesia name (which is discarded Earl), and the letter u replacement with the letter o in order to better words. Thus was born the term Indonesia. this is the Indonesian word for the first time appeared in the world with paper printed in Logan:

Natives who first used the term "Indonesia" is Suwardi Suryaningrat (Ki Hajar Dewantara). When banished to the Netherlands in 1913 he established a press bureau with the name Indonesische Press-bureau. Name Indonesisch (Indonesia) was also introduced as a substitute Indisch (Indian) by Prof. Cornelis van Vollenhoven (1917). Correspondingly, inlander (native) is replaced with Indonesier (Indonesian people).

Indonesia, Exotic State the number of islands as much as 7,504 pieces. (7870 of whom had had a name, while the 9634 does not yet have a name). No stranger is also referred to as the Emerald of the Equator, of course, because the potential of this country so much and lies in the ranks of those islands. Biodiversity, natural charm, flora and fauna, culture, language, ethnic diversity, and many more.