Discovery of a great megalithic monuments near Stonehenge

But what occupied this huge circle of stones? Experts estimate that it should be a natural amphitheater dedicated to rituals of some kind, raised more than 4,500 years ago 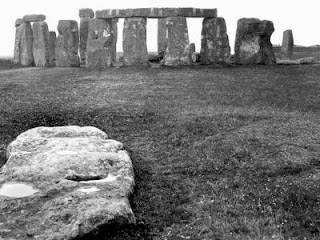 Buried one meter deep and five times higher than Stonehenge, it could be prehistoric fort longest ever found. It has been found by a group of British archaeologists Stonehenge in Wiltshire (southern England), about three kilometers from the mythical place of ritual worship of Stonehenge. It is a row of gigantic monoliths 100 distributed in the form of semicircle on the edge of a valley, some 4, 5 meters high and about 400 years preceding the megalithic.

Most of the stones, which are down for unknown reasons, were surrounded by a trench 17.6 meters wide. "We do not see anything like this anywhere in the world. It is something completely new and its scale is extraordinary, "said the archaeologist Vince Gaffney, head of the research project at the University of Bradford.

But what occupied this huge circle of stones? Experts estimate that it should be a natural amphitheater dedicated to rituals of some kind, raised more than 4,500 years ago, although at the moment it is not known how long remained standing. To achieve appreciate the full extent of the new circle, archaeologists have created a virtual reconstruction. Ensure that at least 30 blocks have stood intact over time underground.

The discovery, according to its leaders, opens a fabulous gateway to knowledge of the Neolithic culture in the British Isles. "Everything that has been written about Stonehenge landscape and ancient monuments that houses will have to be rewritten," concluded Paul Garwood, an archaeologist at the University of Birmingham participant in the project.