How did the Second World War?

Up to that first attack was a long journey of tension between the powers in WW 2. 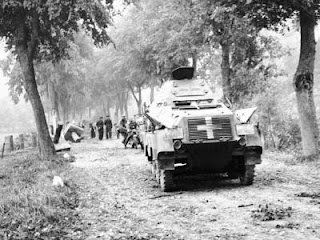 In a few days he began the evacuation of Czechoslovakia and German troops were taking control of their new territories. British Prime Minister Neville Chamberlain and French President Edouard Daladier, returned in triumph to their respective countries with the idea that there would be no war. But Hitler, who had a vocation of conqueror and not a diplomat, had other ideas in mind.

On August 23th 1939, to everyone's surprise, the Soviet Union (USSR) and Nazi Germany decided to put aside their many differences and join forces. It entered into force on Ribbentrop-Molotov pact by which both powers agreed not to attack each other mutually. In addition, the agreement included the division of Eastern Europe between the two powers. Germany, having no enemies on the Russian front, on August 26 decided to invade Poland. Immediately Britain signed with Poland on mutual defense, and the invasion was delayed. But not for long. SS heated environment simulating an alleged attack by Polish troops to a radio antenna, and thus got a reason to justify its invasion.

On 1 September 1939 the Germans began the first attack on a Polish city. Wileun They bombed without mercy, destroying 75% of the region and killing without distinction between military and civilian. Here began, officially, the Second World War.