The dark and sad story of the castrati

ar from this barbaric practice, current countertenor get the same sharp, feminine and delicate shade thanks to a natural technique development and their particular vocal apparatus 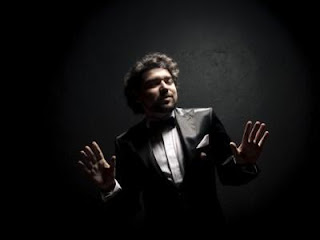 His story is quite dark and sad. We talked about the castrati. Origin, time 'golden' and end this savage tradition. His story is quite dark and sad. The castrati, "castrato" in the singular (from the Italian, meaning castrated), were singing children undergoing castration operation (in which the testicles are removed to not produce male sex hormones) to ensure that these retain their high-pitched voice when singing melodies.

Although the "golden" of the seventeenth century castrati was thanks to the tremendous success throughout Europe of opera and its characters, castration due to artistic purposes dates back even to the year 400 AD This date is regarded as the point of origin of castration with the idea of ​​promoting delicate voices like that of a woman with the physical presence of a man. In fact, the eunuchs acted as facilitators of emperors and empresses of the ancient Roman Empire with its delicate voices product such disabling of the genital tract.

The gelding with musical motifs continued to be practiced until the early eleventh century. At this time and because of the Fourth Crusade, again not knowing anything about the castrati until the sixteenth century. As the Pope himself had forbidden the presence of artists and female singers in churches or scenarios, fashion castrati returned to emerge stronger with increased public interest in opera. Thus, children were operated between 8 and 12 years-usually by a barber who drugged with opium to feel less pain incisión- and then educated in musical training.

According to the records preserved seventeenth century, at that time an average of 4,000 children a year are castrated the only one that managed to reach fame and become a real star. Many of these children were from families with low incomes. Among the most famous castrato Farinelli we quote, Baldassarre Ferri, Giacomo Casanova or Alessandro Moreschi, L'angelo di Roma, considered the last castrato (of a single audio document is preserved with this situation voice).

For those who managed to develop an adult penis -only if they had been operated after serving 10 years, his lack of sensitivity in sexual encounters and, therefore, the possibility of a longer erections, she became lovers nobility sought both for single and for married.

The purpose of this unfortunate tradition arrives when Pope Pius X in 1903 banning the practice of castration considering it "an abominable practice against human nature." As a result, women also joined the music scene so its presence began to fade slowly.

Far from this barbaric practice, current countertenor get the same sharp, feminine and delicate shade thanks to a natural technique development and their particular vocal apparatus.