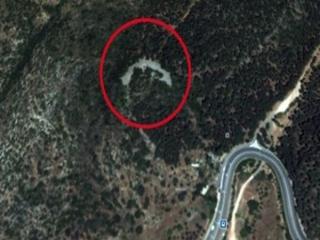 This monument is located about 13 kilometers northwest of the Sea of ​​Galilee.. A team of archaeologists from the Hebrew University of Jerusalem in Israel has discovered a stone monument in a crescent shape, which dates back to 5,000 years ago. The pottery excavated in the structure revealed that its creation goes back to 3050 and 2650 BC, implying that this monument is older than the pyramids of Egypt or the megalithic complex of Stonehenge.

The monument is located about 13 kilometers northwest of the Sea of ​​Galilee and has considerable proportions and having a volume of 14,000 cubic meters and a length of about 150 meters (longer than a football field). Apparently this monument, which refers to the god of the moon, would have served to offer worship to the god of ancient Mesopotamia.

"This site was used to mark possession and assert the authority and rights over natural resources in the local rural population," says Ido Wachtel, head of research at Live Science magazine.

Given the size of this stone monument, researchers believe they may have been slow to build 35,000 to 50,000 days. "If the lowest estimate is correct, it means that a team of 200 workers would have needed more than five months to build the monument, a task that would be difficult for the people who depend on crops for their livelihood," said Wachtel.